While the capacity to connect with everyone you know and love is valuable, social platforms rely on popular creators and stars to keep their engagement figures up, posting highly viewed, highly shared content that fuels the ongoing drip-feed of constant entertainment.

That's why all the social platforms are always working to keep those top contributors engaged. Even Snapchat, which initially held its stance that it would not treat influencers any differently, has since come around and built systems and tools to boost its appeal to popular users.

Along this line, Facebook has this week announced a new set of updates for public figures - and they provide an interesting glimpse as to where we might see Facebook Stories, in particular, headed in the near future.

First off, Facebook is adding a new option that will enable multiple public figures to contribute to the same Facebook Story - "giving fans a variety of perspectives around a specific topic or event". 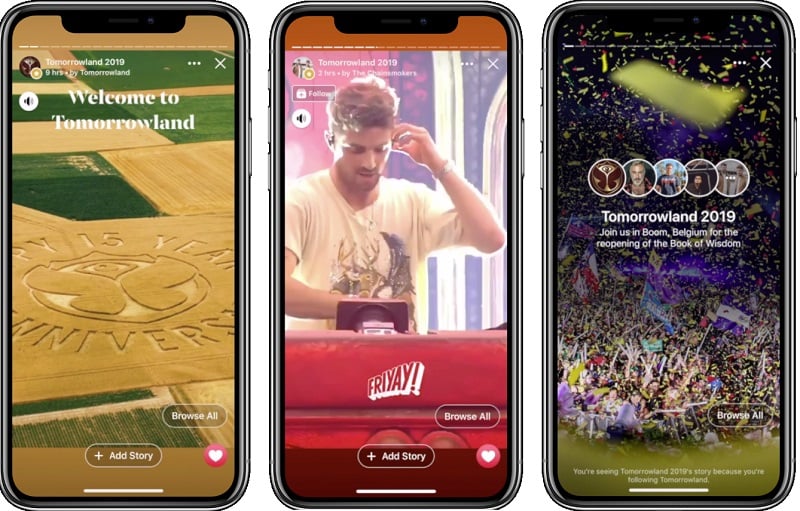 As you can see in the screenshots above, this Story - from the recent 'Tomorrowland' festival - saw contributions from various participating artists. The first frame comes from the main Tomorrowland account, while the second, as denoted in the top line, was added to the Story by The Chainsmokers. The final frame shows thumbnail images of the various contributors.

"In testing with dance music festival Tomorrowland, more than 20 artists with more than 73M combined followers contributed to a Tomorrowland Story. Through the Tomorrowland Story, fans were able to see a range of perspectives from the festival and discover new artists. As a result, participating artists saw significant viewership of their story content come from new audiences. For example, in our tests, The Chainsmokers (with more than 8M followers on Facebook) saw 92% of their story views come from people who were not yet following them."

The option is similar to Facebook's Group Stories option which enables group members to contribute to a collaborative Story in the same way, though this is obviously more focused on events. In that sense, it's more like Snapchat's 'Our Story' option, though only open to a select group of public figures who are participating in an event. That could actually make it a more appealing option for fans, as the content will all be coming from the artists and creators they like - and as noted by Facebook, it could also help them discover new creators to follow.

In addition to this, Facebook's also looking to boost exposure for public figures through new News Feed prompts:

"To help public figures on Facebook get discovered by new audiences, we’re testing a new feature in News Feed that surfaces public figures someone might be interested in based on things like people they already follow and content they’ve engaged with on Facebook. This is a small test for now and we’re exploring different approaches to introduce people to both familiar faces and emerging talent."

Given the platform has more than 2.4 billion users, you can bet that those creators who do qualify for such promotion will be happy with the extra attention, and the potential value that can provide for them. It's a good way for Facebook to better ingratiate itself with these celebrities, and encourage them to post to the platform more often.

Facebook's also adding a new sticker for Facebook Stories which aims to make it easier for fans to engage with celebrities and brands via the option.

"Today, we’re launching a Fan Reply Sticker for Facebook Stories, which lets people using Pages create a call to action on a story, prompting followers to respond with a photo or video. And responses can be re-shared to their story for all their fans to see." 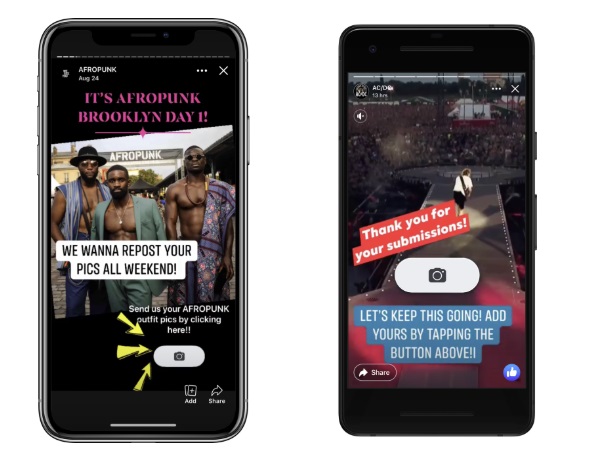 As you can see in the above examples from bands AFROPUNK and AC/DC, the new option will enable public figures to call for viewers to add their own content on a set theme, which they can then repost as UGC.

Interestingly, Facebook notes that this option will be available to Pages, not just public figures, providing another consideration for brands looking to utilize Stories to increase engagement.

There's definitely a lot of potential in this one - UGC can be a highly effective way to improve engagement and interaction, and this is a simple process you can use to encourage such participation. However, there's no word on if/when this will become available for all Pages.

Facebook's also looking to improve its monetization options for high profile users, with the introduction of “swipe-up” shopping links in Facebook Stories. 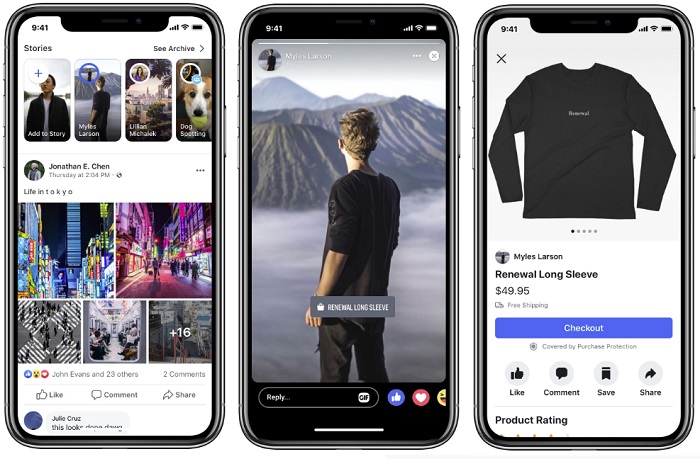 Swipe up links have thus far only been available on Instagram Stories, but Facebook is now testing them in Facebook Stories also. The Social Network has been experimenting with links in Facebook Stories for some time, but none of the options spotted in testing has seen a wider release. This could be the beginning of broader Stories potential in this respect.

(And worth noting, it is possible to cross-post Instagram Stories to Facebook with 'swipe-up' links active, for those that can add them on Insta).

In addition to this, Facebook is also testing the ability to tag products in regular Facebook photo and video posts for selected users. 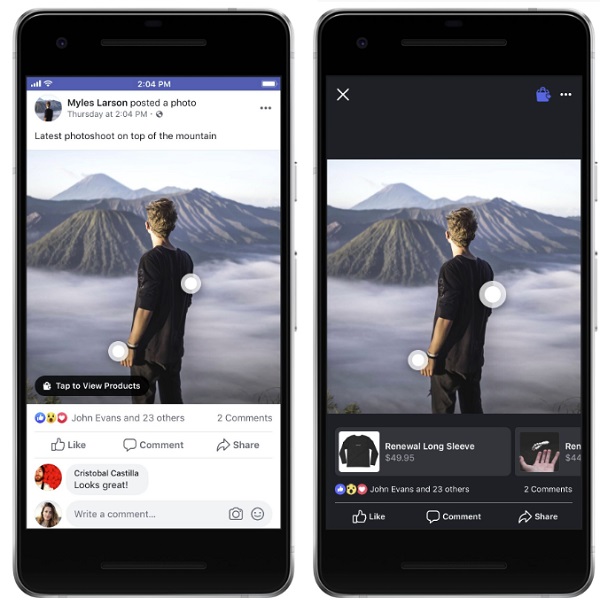 "Initially created for gaming creators, Facebook Stars enables fans to send Stars to creators while watching live-streams on Facebook, and we recently started testing Stars with more video creators around the world. These creators have already used Stars in a number of interesting ways. For example, makeup artist Braannxo offers rewards like 1:1 makeup tutorials for the top weekly and monthly Star senders, healthcare creator ZDoggMD goes live to answer questions from fans and recognizes each Stars sender individually and TV host and philanthropist Rocky Kanaka used Stars during a Live video to help raise money for a stray dog."

Facebook Stars can be purchased in selected regions. But it'll take a lot of them to get you rich:

"Viewers can buy Stars and send them to you while you're streaming. For every star you receive, Facebook will pay you $0.01 USD."

There are some interesting additions here, some tools that will have significant value for creators across the board. And it'll also be interesting to see where Facebook goes with these tools next, and whether they become more widely available to more users and businesses across the platform.