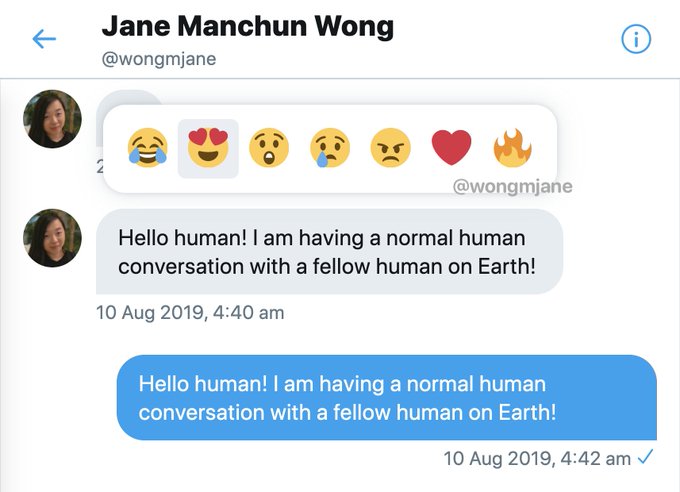 95 people are talking about this

As you can see in this example, spotted by reverse engineering pro Jane Manchun Wong, the option would enable users to attach one of seven quick emoji responses to any given message in a stream.

It's similar to the functionality that Facebook added to Messenger back in 2017, which enables users to allocate an emoji response to each specific message. 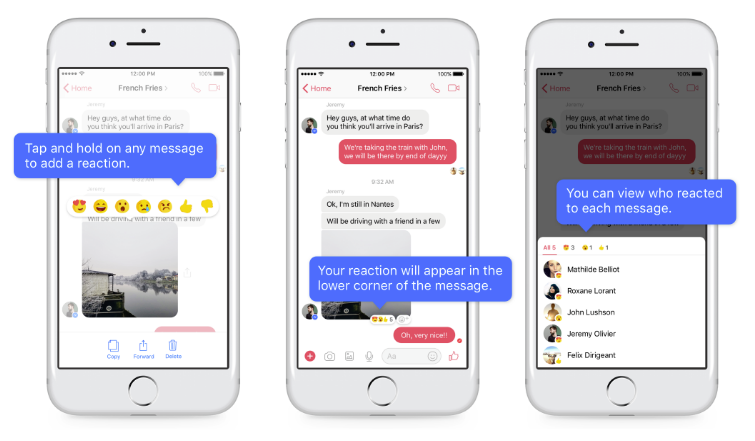 And given Twitter's renewed focus on direct messaging of late, it makes sense for the platform to be looking at new additions to further enhance the experience.

Twitter's actually been looking to integrate its own form of Reactions for some time. Back in 2015, the platform tested Reactions for tweets, but the feature never advanced beyond Twitter changing the star to a heart for Likes.

That was seemingly controversial enough, but now, with Twitter looking for new ways to engage its audience, and boost messaging use in particular, the addition of DM Reactions could be a good fit.

It actually seems like a pretty simple and beneficial update, aligned with options that are already in use on other platforms. There's no official word from Twitter on any potential roll-out, but it seems to make sense.

Though, of course, not all Twitter users will see it that way - and most will just call for an edit tweets option.