HOW BRANDS CAN GET DARK SOCIAL RIGHT

Before considering how to get dark social right, it’s worth noting how easy it is to get wrong. The term has been around since journalist Alexis Madrigal coined it in The Atlantic in 2012. Looking at the accuracy of digital traffic source attribution, Madrigal describes how, 'One dirty secret of web analytics is that the information we get is limited. There are circumstances when you show up at our doorstep and we have no idea how you got here.'

When someone copies and pastes a URL into an email or instant messaging, or moves from a secure (https) to a non-secure (http) site, the resulting traffic shows as ‘direct’ in most analytics programs. This is what Madrigal calls Dark Social.

In other words, Dark Social isn’t dark posting (a paid media strategy), nor should it be a catch-all term for private messaging activity - two common misconceptions.

That noted, isn’t Dark Social a purely technical issue? Well no, Dark Social is a big deal. According to one study, 84% of on-site shares globally come through dark social, compared with 9% for Facebook, and 7% for all other social networks. This isn’t a niche phenomenon, but how the mainstream of digital users behave. You should have a point of view on this, understanding how it affects you.

A social sharing typology can help to contextualise dark social.

Open social sharing is brilliant from a marketer’s point of view, with digital users relying on a site’s social share buttons. The result is measurable: we can see the specific traffic source, determine what users say in ‘open’ commentary, and quantify earned sentiment.

In controlled social sharing, users employ a site’s private message share buttons. This is still good: the source is trackable, and we can interpret the share as a measure of consideration (e.g. shares from an online product page indicating active interest). However, the conversation is invisible to everyone other than the private message participants. Not bad, but it’s partly obscured communication (and, to be clear, that’s the user’s prerogative).

And finally, Dark Social, at the problematic end of the scale. We don’t know the source of the share, why it was shared, what is said about the content or the sentiment. In short, a genuine market research problem.

The Dark Social Conundrum
To start to grapple with Dark Social, I think we should view it as more than a tracking issue. Yes, it’s a problem, but not an isolated one. Digital audiences are hard to know, and increasingly more so. For example, I use more than one social network, like most people; according to GlobalWebIndex, internet users globally have eight networks on average. But ‘I’ am not equivalent to my jokes on Facebook, book and politics tweets, old buildings and river shots on Instagram or LinkedIn posts. ‘I’ am different in different places.

Couple this multi-networking with a global rise in private messaging/chat apps and VOIP (voice over internet protocol), and you have a social audience behaving in varied, often unseen ways. 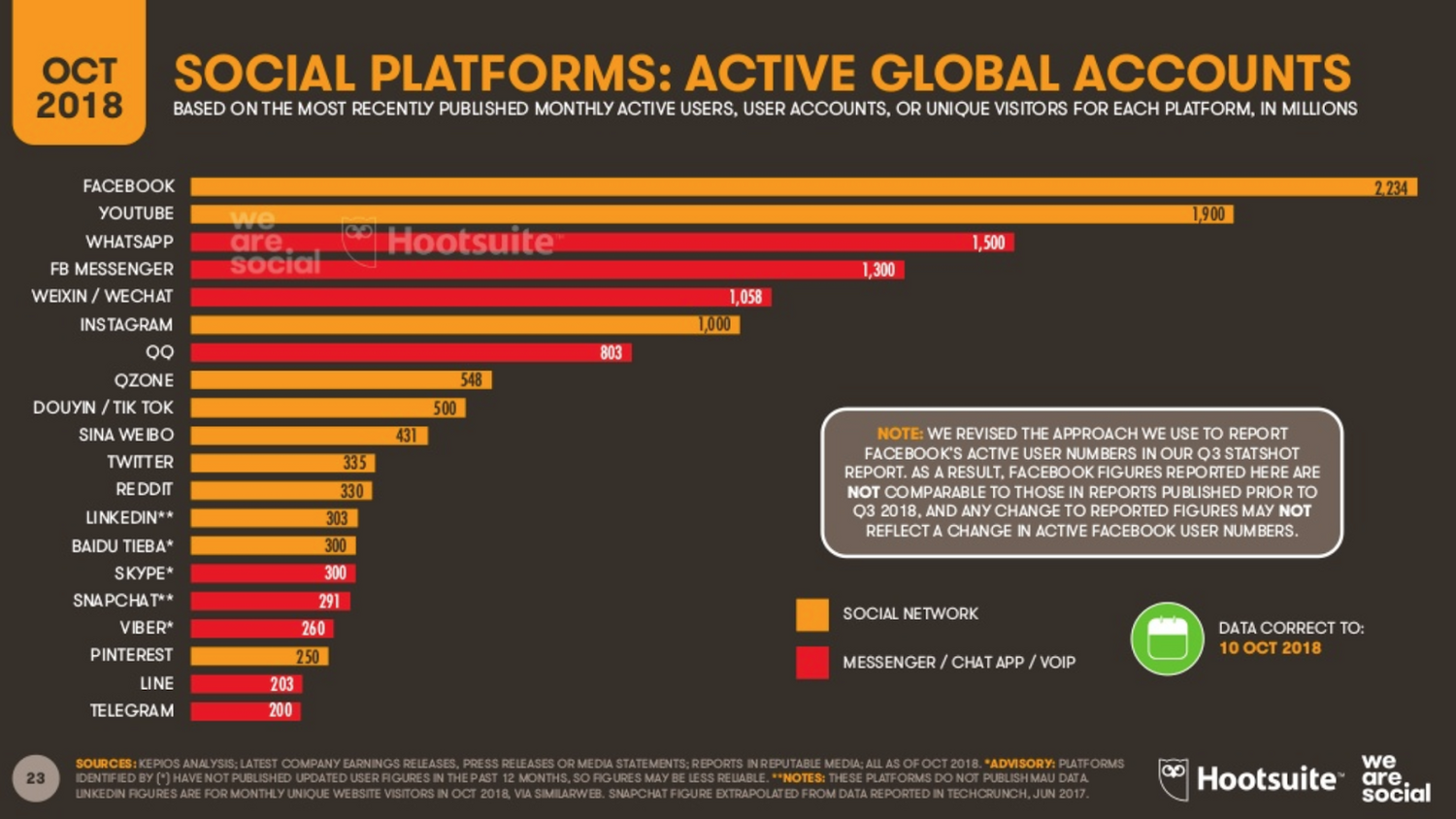 Even the first perception of who’s most active in Dark Social can be misinformed. RadiumOne has shown that 46% of consumers who only share via dark social are aged 55 or older: a startling figure if you prioritise millennials and Gen Z. As a group, older consumers tend to have greater disposable incomes. Combine that with the finding that content shared through Dark Social is often highly emotive(more likely to include words such as ‘love’ or ‘God’, for example), and the upshot is a potentially older, more engaged and profitable audience than you might think. Of course, that should be good news!

Getting Dark Social Right
Moving to insight, there are two fairly straightforward things you can do. The first is basic correlation analysis. When are you getting most digital traffic, how much of that is from Dark Social, and how does this correlate to particular digital marketing activity? A particular social campaign can be identified as a Dark Social traffic source, for example, by a simple process of deduction. Once identified, can you optimise particular digital activity to generate more Dark Social sharing? Is it driving to your most profitable content?

Second, in terms of generating audience insight, brands can ask people what they think, feel and say. They can employ surveys, focus groups or interviews. The resulting intelligence can potentially build a more holistic picture than one reliant on technology alone.

Last, our experience in working on Adidas Tango Squads and other Dark Social campaigns has given us a richer understanding of what can work in terms of publishing models. For Adidas Tango Squads, we activated Dark Social through recruiting influencers, opening up a suitable channel (Facebook Messenger), seeding exclusive content, staying away from a ‘hard sell’ and letting the group enjoy largely unbranded conversations.

We learnt to be bespoke in Dark Social publishing: giving influencers a reason to share content. Not to broadcast, but letting the conversation flow without interrupting. And thinking quickly: helping dark social audiences get to the best, most shareable content before anyone else.

Overall, seen in the right way, Dark Social is a wonderful opportunity for marketers. We’re not talking about an unsolvable mystery, but a fascinating area of investigation and discovery. It’s an exciting challenge.